Are you a Foodie, an Inquisitive Cook, a Recipe Enthusiast, a Culinary Dare Devil or simply a Grown Kid who just wants to “Play with Your food”? Well, you're in the right kitchen, so let's open up the cabinets and share exactly what Pantry Picks™ of Bon Appetit Ya’ll is and how it works.

"Chef Carlton, you are a genius and you are making me look like a superstar with all of your amazing Pantry Picks! First of all, I love to cook but your Rosemary Mustard BBQ sauce and your Peach Bourbon BBQ Sauce have now turned me into a grill aficionado. Did I mention how your Apple-Shallot Chutney has changed Sunday evening pork chops into a gourmet meal! Every month I get excited about my delivery because I can’t wait to see what new little delicious surprise you have in store for me! Bon appetit y’all!"
Esther Ryans - Detroit Michigan

"It’s like Christmas each time I receive my Bon Appetit Y'all box! I can’t wait to open it up and use the latest goodies Carlton has packed this month. The picks are delicious - we’ve enjoyed each and every one! And the recipes Carlton includes are delicious and fun to make!" Kathleen Borsch - Johns Creek Georgia

Do you ever find yourself wondering what seasoning to use with what, or how to just “spice” things up a bit in your cooking? This is an easy way to solve that, and other common cooking challenges many people experience.
Keep reading…there is a lot more! 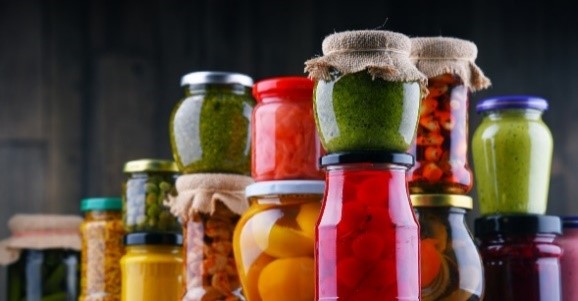 I Was Not Always a Chef

I own a successful catering company, and my Mother was a Home Economic Teacher and my Father was a Cook in the Unites States Marines Corp, so you might assume I was born with a mixing spoon in my hand.

Well…that is the furthest thing from the truth. When I was younger, I had no burning desire to cook. There was no need to learn how to cook. I pretty much had it made pulling up to the dinner table.

I was born an identical twin. In glaring contrast to my identical twin brother Calvin’s, who had natural abilities in the kitchen, I was a slow enthusiast. So slow that the only meal I knew how to prepare after graduating High School and leaving the United States Air Force, was spaghetti and eggs and bacon.

It took hanging around my twin brother to pique my interest into the culinary world. I was always amazed at his gift in the kitchen. I remember once going with him to check in on a close friend who was very sick and lived alone. The friend told my brother he had absolutely nothing in the house to eat. I followed my brother into the kitchen where he opened the refrigerator, freezer and all the cabinets, and just pondered.

From what I saw, the friend was correct. I did not see anything in the house to eat either. My brother wrote up a shopping list of items for me to go to the store to purchase. I left my brother in the kitchen and drove off to the grocery store. To my surprise when I arrived back to the home, my brother had conjured up an entire meal. I asked him, where he got the food from. His response was, “it was always here, I just had to get creative with what was on hand”. I was blown away, and that day changed my perspective about the kitchen. That was the start to my love of all things culinary, and the seed was planted for Bon Appetit Y’all™ and Pantry Picks™.

Our goal with Bon Appetit Y ‘all™ and Pantry Picks™ is to share with you fun, creative and Sassy Sauces, Seasonings, Sweets and Savories that will hopefully pique your child like curiosity and motivate you to play in the kitchen more, and maybe even with your food. Our Pantry Picks™ Gourmet Condiments help you take the ordinary and create the extraordinary.

Our promise to you is that our small batches of all natural, house-curated condiments are hand-crafted with the highest quality ingredients sourced from farmers markets and local reputable purveyors.

Our seasonings and marinades are prepared with little or no salt, allowing you to take control of your food and eat healthier. 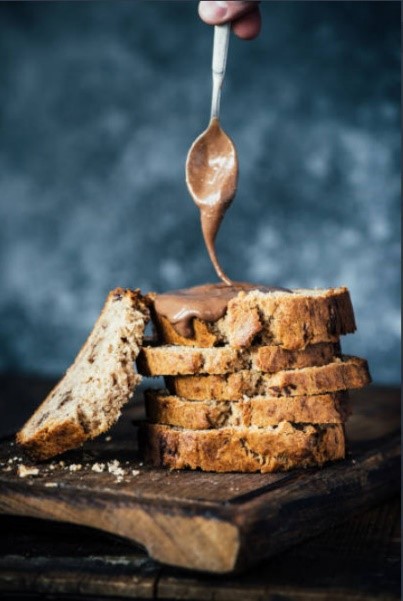 What Are Some of The Most Popular Items Offered?

Padded Pantry™ has dozens of items included now, and an ever-growing list so there will always be something fun and exciting headed your way…every single month!

New ways to tickle your tastes buds every month with your favorites like our:

"As a member of the subscription service, I have been very happy. Excellent surprises arrive each month. Having new and unusual choices has made it easy to expand my menus and engaged the entire family! I'll be restocking from the pantry!"
Robert Ross, Atlanta GA.

And that is just scratching the surface of the flavor party that will be happening in your mouth. You will be the talk of every party, potluck and family gathering with these flavors!

You can dip your spoon into these and many other fun crafted selections across our incredibly broad offerings. 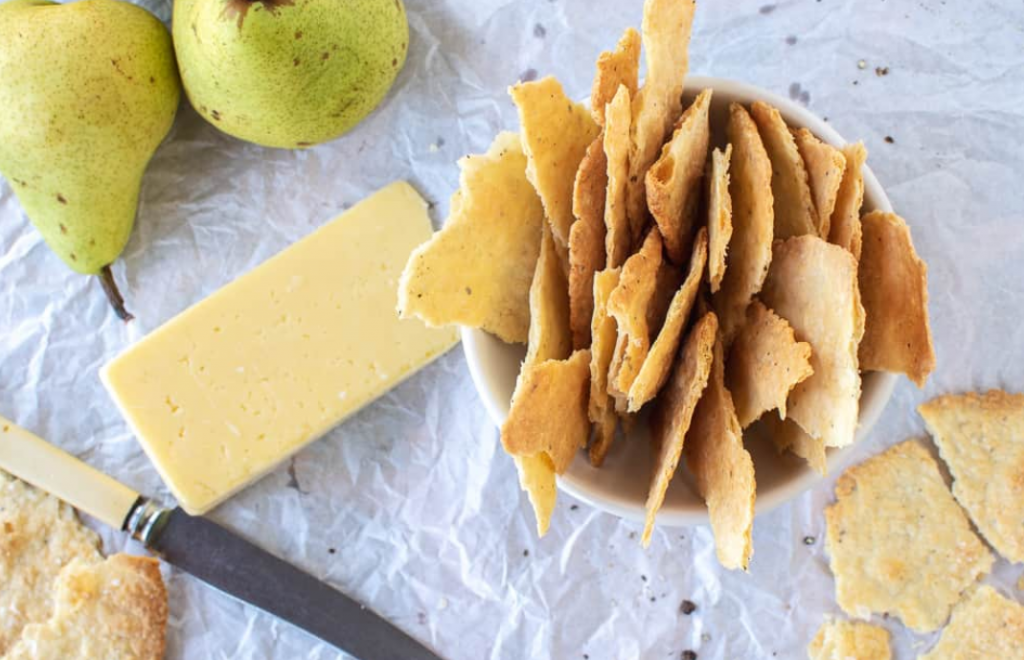 Many of the items featured in our Pantry Picks™ are items we have used almost every day and have for years, in Occasional Occasions by Carlton’s catering kitchen. If you were ever fortunate enough to have been a guest at one of our catered events, you’ve most likely experience some of our Pantry Picks™ selections.

During the summer months, one of our staple offerings is Grilled Chicken with Peach Bourbon Barbecue Sauce. You cannot get more southern than Bourbon and Peaches. The combination together in this Barbecue Sauce will have you licking your fingers.

We marinate the grilled chicken, and so many other items with our house made Herbalicious Seasoning. This is an all-purpose seasoning/marinade with so much flavor you literally won’t need to season most things with anything else.

With these simple applications, the uniqueness of the flavor profiles can take your dishes from Ho Hum…to Hey Hey…

So, What Do You Get with Your Pantry Picks™ Subscription?

As an exclusive member of Pantry Picks™ arriving every month, in your mailbox will be:

So, Who Is This Great for? 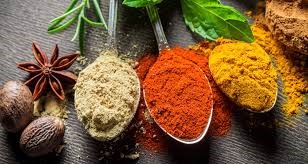 How to Get Started with Your Very Own Pantry Picks™?

We offer a monthly subscription billed at $29.95 per month plus $12.95 flat rate shipping. You cannot stir that with a wooden spoon.

Join us in our community today and have fun exploring new culinary avenues.

With creative and growing selections, and awesome perks, you will love Pantry Picks™. There is literally nothing else like this available anywhere. It’s about time to lick that spoon. You can’t go wrong with trying or gifting a Pantry Picks™ subscription.

It is now officially…time to play with your food and to lick that spoon.

Pantry Picks™ is a monthly subscription box designed to inspire edible masterpieces. We give home chefs the tools to hone their skills and explore new flavors, along with the creativity to experiment without restrictions.

As an exclusive member of Pantry Picks™ arriving every month will be:

What do you get someone that has just about everything... 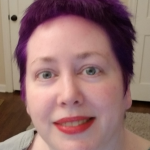 and eats toast with jelly EVERY morning for breakfast? Pantry Picks™ by Occasional Occasions by Carlton! I picked out the Peach Bourbon Ginger Jam, Pinot Noir Red Wine Jelly and Apple-Shallot Chutney. It was packaged with beautiful bright crinkle paper and looked so good that I used it when I put the jars in the gift bag.
Can't wait to try all of the items they have to offer: seasonings, jams, jellies, BBQ sauces and more!
Sign up for, or gift the monthly subscription - Pantry Picks™, or pick out individual items to Pad Your Pantry. These make wonderful gifts. Order, before the holiday rush, they're going to be extremely popular come gift season time."
Tricia Clements from Marietta Ga. 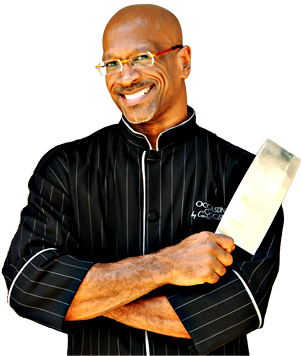 FREE - "10 Easy Kitchen Hacks You Wish Your Grandma Had Shared"

Enter your name and email:

Occasional Occasions by Carlton and Covid-19

At Occasional Occasions by Carlton, Curbside Cuisines by Carlton and Bon Appetit Y’all by Carlton, the health and safety of our team and guests is our top priority every day. During this time, we have increased our diligence to keep our community healthy and safe. We are following the public health recommendations of state and local health departments, the Center for Disease Control and the World Health Organization regarding COVID-19. Read More…

Join Waitlist We will inform you when the product arrives in stock. Please leave your valid email address below.